January 02, 2017
I think it was about a year ago that I just went nuts one evening and cleaned out my entire closet. I probably got rid of 75% of what was in there.

If it didn't fit, it was gone. Because really how good does it make you feel to walk into a closet full of cute stuff that you can't wear!

If it was ripped, stained or had a hole in it, it was gone.

If I didn't feel good about myself wearing it... well that was a tough one, and has taken some time, but I'm finally getting to a place where I truly see the value of having less.

Less clothing meant I could decide what to wear and get dressed faster, leaving more time for my family. 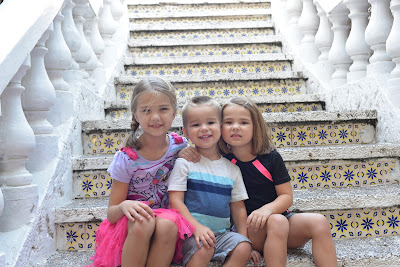 In May of this year, God sold our 5 bedroom, 2700 square foot home in the largest subdivision in Molalla (more on that later) and we moved into a 3 bedroom 1200 square foot apartment in Wilsonville. Hello downsizing! 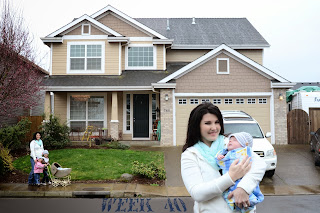 It was crazy! I went from getting rid of 75% of my clothes, to having to get rid of 75% of what we owned (because you see, I wasn't about to pay for storage... to me that is the most ridiculous idea in the world - unless of course it's a short term circumstance - but in our case, it was not happening!)

I was selling things on the Molalla Swap facebook page like crazy. "Porch Pick-up" was my thing and my house became even more of a revolving door than it was before, with people constantly coming and going.

After 5 weeks, the last final items remaining before the new owners moved in were hauled off to the dump by our realtors Tyrone and Andrea Parmelee (Thanks guys!)

We fit everything we had left into our new apartment "relatively comfortably", but the "urge to purge" continued. I probably sent at least a bag or two to Goodwill every couple of weeks.

Because the less I had, the more I realized that less truly is more!

Less square feet means less to clean, less to furnish, less to heat and cool. (If you own, probably less in property taxes...)

Less rooms means your family is forced to spend more time together.

In our case, downsizing came with much less responsibility since we were now renting instead of owning. This also equated to more family time since we weren't busy mowing the lawn or repairing things.

And now we have this incredible opportunity to spend the entire winter in Mexico and we are able to go and have this adventure as a family because we don't have a house, or tons of "stuff" weighing us down. God is so good and I'm excited to see what He has for us in 2017!

Andrea Parmelee said…
Thanks for sharing Shay! Some really good points. Earlier today I was going through some things and said that I'm trying to find the balance of keeping things out of sentiment and feeling cluttered. I'm ready to focus on declutterin and your blog encourages me to that end. I don't want stuff to keep me from living life!
January 2, 2017 at 8:07 PM

a line from Lynn @ Large said…
We did a drastic downsizing when we sold our 28 acre farm and moved into a 5th wheel but it was so freeing. Stuff can weigh you down.
January 2, 2017 at 9:00 PM

Unknown said…
Love this Shay. I've been decluttering too and have found that I don't need alot of stuff I've had. I'm hopefully putting my condo on the market in order to downsize and pay off debt. Enjoy your time in Mexico Amiga. Lorena Franco
January 3, 2017 at 6:17 PM

Popular posts from this blog 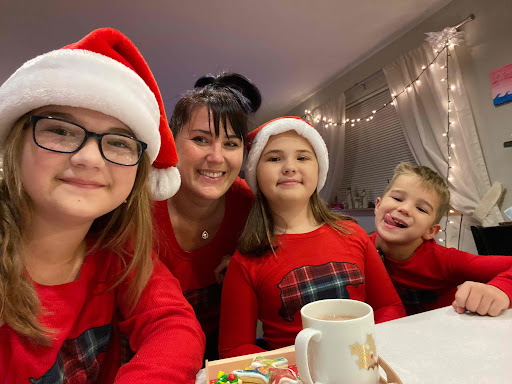 I am doing my best this year to make Christmas fun and special for the kids (and for me too) and overall it’s been really good. We have Christmas shopped, wrapped gifts, baked cookies, crafted with friends, caroled at church, drove around looking at lights and playing Christmas light bingo, ate candy canes, watched Elf, went sledding, drank hot cocoa, had friends over, listened to lots of Christmas music… The present moment is good and I’m really working on living in the present. Right now, it’s Christmas Eve, 1:30 in the afternoon and I’m laying in my bed with the heater on, listening to Christmas music on Alexa, and just taking some time to reflect.  I almost feel guilty laying down on Christmas Eve, I mean there must be something else I need to be doing. But the gifts are wrapped, I grocery shopped this morning, and the ham is in the oven. The house is relatively clean (although that doesn’t really matter since Rob is the only one coming over, but still I like it clean and I can rel
Read more 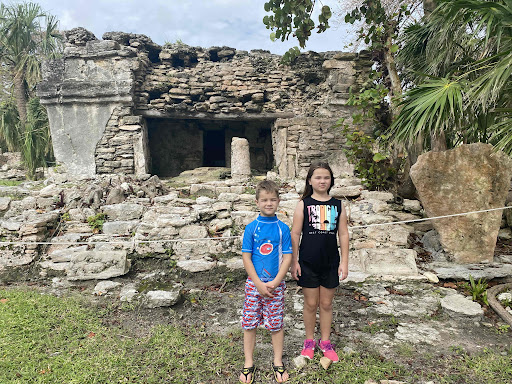 I drug the kids out for a walk this morning. I swear sometimes it’s like pulling teeth! “Forced family fun” is what I call it now, I stole it from a friend.  These Mayan ruins dating back to the 13th century are the only ones in the area you can visit for free. They are also the only ruins maintained in a residential community. And they happen to only be a 10 minute walk from where we are staying. The community is known as Playacar and consists of about a 4 mile stretch of beach just south of Centro (downtown area) and 5th Ave.There are two phases. Phase 1 consists mainly of single-family homes, condos, and villas. Phase 2 includes a golf course, shopping area and most of Playa’s all inclusive type resorts. It is definitely a tourist area and there is security at all the entrances. It is easy to walk or bike in, but to drive your car in you need to show proof that you are staying there. Here’s some interesting things I learned while reading up on the area (since there are no signs anyw
Read more 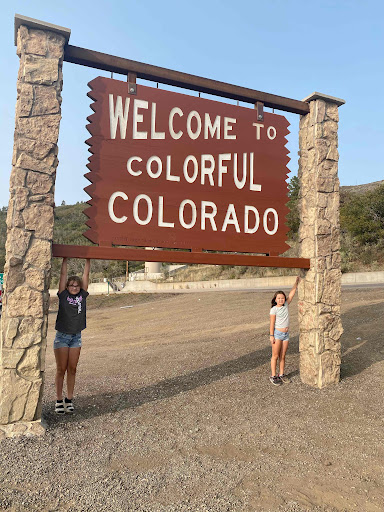 We flew into Denver last Saturday and now Thursday night we are back again, this time with the RV. We planned to crash in a Walmart parking lot overnight but Walmart’s in Denver are not friendly. Rob drove until late while the rest of us slept and tried at least 3 Walmart’s going through Denver before finally giving up and resorting to a Target parking lot north of the city. He said one parking lot even had some sort of police surveillance van in the middle of it. 🤷🏻‍♀️ Here’s the circle we’ve made around the mid-west over the last 5 days 👆🏼and my handsome co-polite who loves to come chat my ear off when he gets bored in the back with the girls 👇🏼 A stop along the way at a random playground that happened to have an amazing swing! The kids played while I cooked up steaks, mashed potatoes and gravy, and Caesar salad.  And that’s it for Colorado pics folks. We were just passing through this time. Yellowstone bound!
Read more