Showing posts from December, 2016
Show all

The Noche before Christmas (author unknown)

December 24, 2016
Twas the noche before Christmas and all through la casa, not a creature was stirring – Caramaba! Que Pasa? The niños were tucked away in their camas, some in vestidos and some in pijamas.
While hanging the stockings con much cuidado, in hopes that old Santa would feel obligado. To bring all children both Buenos y malos, a nice patch of dulces and otros regalos.
Outside in the yard there arose such a grito, that I jumped to my feet like a frightened cabrito. I run to the window and looked out afuera, and who in the world do you think that it era?
Saint Nick in a sleigh and a big red sombrero, came dashing along like a crazy bombero. And pulling his sleigh instead of venados, were eight tiny burros approaching velados.
I watched as they came and this quaint little hombre, was shouting and whistling and calling by nombre, “Ay Pancho, ay Pepe, ay Cuco, ay Beto, Ay Chato, a Chopo, ay Macuco, y Nieto!”
Then standing erect with his hands on his pecho, he flew to the top of our own techo. With his round little bel…
Post a Comment
Read more

December 20, 2016
God's hand has surely been on this adventure of ours. Today's guest post comes from Rob after winning the grand prize "UberSanta" promotion from Uber and Mastercard. Here's what he had to say about the experience:

God's blessing when least expected... Today I won a 30,000 peso (about $1500 USD) shopping spree just by taking Uber. Uber just recently came to Mazatlan and has made our transition here much easier by allowing us to put our destination address into the app and avoid struggling with the language barrior since we speak very little Spanish. It has been our primary means of transportation since we arrived last month. We heard about the UberSanta promotion through an email (which we had to take the time to translate since it was all in Spanish), but we were already using Mastercard for our Uber rides, so Shay and I both entered the promo code in hopes that we might win a small gift. 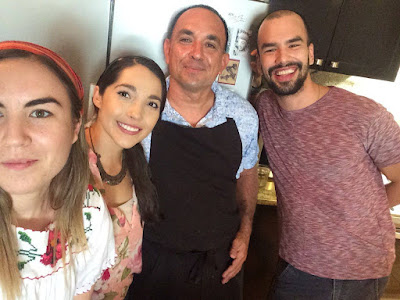 Last Sunday, Jenica and I took a fun cooking class from Kahlo's Kitchen here in Mazatlan.
I heard about the class through a facebook group, and I liked that Sofia (the teacher) described herself as a "young entrepreneur". Maybe because I also consider myself an entrepreneur, I wanted to attend her class and meet her. I asked her to write a little about how she came to start the business.
Kahlo’s Kitchen started six months ago when I decided to invest all my savings to rent a house with a big kitchen (due to my house not having a suitable kitchen). I had this idea to show other people about Mexican culture through food. Even though some people told me not to do it because I am not a chef, I decided to pursue my dream anyway. With my mom and our friend Linda supporting me, I did my first cooking workshop and 5 beautiful ladies enrolled in my cooking class and they loved it! Susan, one of the ladies who took the first cooking class offered to let me use her kitchen to kee…
Post a Comment
Read more 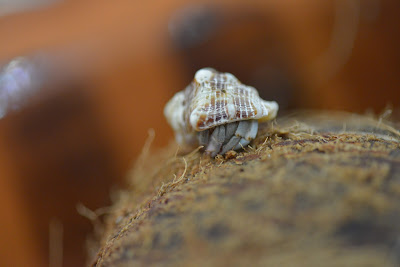 Hi Everyone! This is Jenica. I want you to meet my new pet. His name is Hermi and he is a hermit crab. I found him on the beach in a shell that I thought was empty. It was a fun surprise to find him inside. I took him over to my mom and she said I could take him home as a pet. He got to have his first pulmonia ride because that's how we usually get home from the beach.


But then he got braver and started to explore his new "crabitat."


He's really cute. He likes to eat coconut but we also feed him other fruits. We went to the pet store and bought a thermometer and a hygrometer so we can make sure he has the proper temperature and humidity. Hermit crabs like their environment to be very humid. We also put a sponge in one of his water bowls to help keep him moist.

I really like to hold him. Sometimes his claws tickle my hands. He's a good climber and yesterday Kenton found him on the rim of the tank. That night we put coconut oil on th…
Post a Comment
Read more
More posts